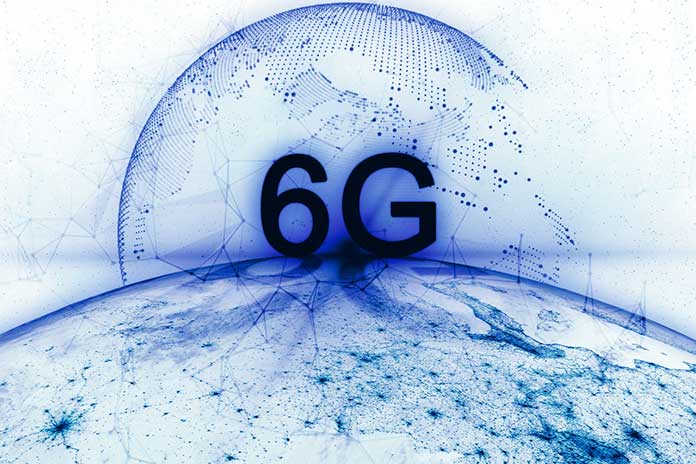 As the 5G network continues to spread worldwide, researchers are already working to create an even faster data transmission system. The formalization of the 6G standard is scheduled for 2025, and the first practical applications are still far away (they are planned for 2029). Still, science is already working to create the technical bases on which the future data transmission network will be based—very high speed.

Millions of users are starting to enjoy the performance of the 5G network, in fact, from Germany comes the news of a new experiment that will lead to 6G. The Korean LG Electronics, in collaboration with Fraunhofer-Gesellschaft and the Berlin Institute of Technology (two of the largest applied research institutes in Europe), has managed to achieve the wireless sending and receiving of data on terahertz ( THz ) frequencies, in ambient outdoor and on a distance of 100 meters.

One hundred meters may seem few, but they are not in light of THz waves’ characteristics and the great technical challenges their exploitation entails. Very few research centers, and very few private companies, have already managed to carry out data transmissions using these waves, which will be the basis of the future 6G network.

6G: The Challenge Of THz Waves

When we talk about terahertz waves, we mean, in the telecommunications sector, those with frequencies between 0.3 and 3 THz. These are waves with a total length between 0.01 and 1 millimeters, called ” sub millimetric. ” They can carry an enormous amount of data, far more than the already excellent ” millimeter waves ” of the fastest 5G, the so-called mmWave.

But they do a lot of tantrums and are difficult to manage for telecommunications: they have a very short range and are subject to a large loss of power during transmission between the antennas. Power amplifiers and technologies keep the transmission constant between two points to overcome these two problems. Much of the research on 6G and THz waves for communications focuses on these two aspects.

The power amplifier created by LG in collaboration with researchers is, therefore, the secret of the success of this new successful experiment. It was in fact, able to generate a stable signal up to 15dBm of power, in the frequency range between 155 and 175 GHz. In addition, ” adaptive beamforming ” technology was used, which changes the direction of the radio signal, adapting it to changes in the channel and position of the receiver, which is fundamental to achieving the next milestone: 6G transmission on the go.

Finally, HGA ( High-Gain Antenna ) technology was also used to combine the output signals of multiple power amplifiers into a single, more powerful, and more stable call. In the open air between two buildings, the result was a sound transmission of a 6G data signal.

LG is not the only tech company that is successfully working on 6G transmissions on terahertz waves. There is also Samsung, which in mid-July 2021 achieved success very similar to that of its compatriot. Samsung Electronics and the University of California Santa Barbara have focused on another frequency spectrum, the 140 GHz one, used by 6G networks. To carry out this experiment, a 16-channel transmitter was created, containing a prototype of RFIC (Radio Frequency Integrated Circuit) and a unit capable of processing signals with a 2 GHz band and adaptive beamforming.

The result was to transmit a data stream at a speed of 6.2 Gbps at a distance of 15 meters. It would seem, at first glance, a less important result than the one just obtained by LG, but it is not so: as already happens for 5G, also 6G will be a technology based on various frequencies, for different purposes.

At the end of 2020, a group of researchers from the University of Osaka, published scientific work. They illustrated that it is possible to exploit THz waves for 6G communications. To do this, they used a resonant tunneling diode (RTD), capable of greatly amplifying the radio signal. Just what it takes to use THz waves. In the Japanese case, the test experiment consisted of transmitting an audio-video stream in 4K over terahertz waves. The experiment was successful, and the maximum speed reached was 30 Gbs, but soon after, the researchers got back to work to reach 56 Gbps.