7 Best Alternatives To WhatsApp That You Can Download Right Now 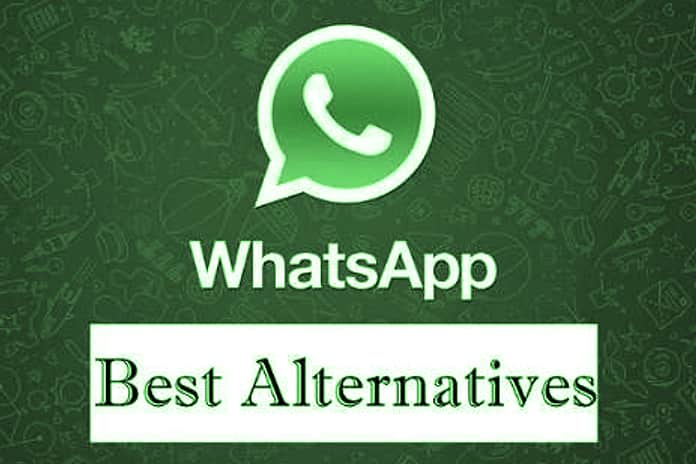 WhatsApp has become the messaging application par excellence, you probably do not know anyone right now who has a smartphone and does not have WhatsApp installed.

However, the fact that it is the most used app does not mean that it is the best, in addition, WhatsApp usually has dropped every so often, so, for this reason, today we bring you some alternatives that work just as well as WhatsApp.

In addition, depending on the type of user or the country in which you are, there may be more used alternatives to WhatsApp than others. For this reason, we bring you a compilation with the best that you can download right now.

These Are The Best WhatsApp Alternatives You Should Use

This is the Apple messaging application that comes pre-installed on all the company’s devices, and that is precisely one of its advantages. iMessage is installed on both iPhone and iPad or Mac, so you can send messages, audio, photos or documents from anywhere.

iMessage is inside the Messages app and whenever you go to write you will see that the word “iMessage” appears in the message box. Also, message bubbles will be shown in blue instead of green in normal text messages.

Probably the best alternative to WhatsApp in the entire App Store. It is an option that turns having always installed and that will be very familiar to you, the design is similar to that of WhatsApp, although it includes many other options such as channels and bots.

In addition, and as its founder defends, Telegram is much more secure than WhatsApp thanks to its complete encryption and usually incorporates many new features faster than WhatsApp.

Google also has its own alternative and it’s called Hangouts. You might think that Google Hangouts is a video calling service, but it also offers instant messaging options similar to WhatsApp. Hangouts allow you to send text messages, photos and videos, as well as make and receive audio and video calls.

It is compatible with iPhone and iPad, as well as Android, and from any web browser from Mac or Windows, so you can communicate with your friends and family regardless of the system they use.

The Microsoft option has been well known for years for video calls, probably one of the most used applications in this regard. However, as with the Google alternative, it also has a very interesting messaging function.

You can send text messages, calls, video calls, send photos, GIFs, stickers and much more to any contact you want as long as they have a Skype account and an iPhone, iPad, Mac, Windows or Android.

Perhaps an alternative is not well known in the West but that is incredibly used in Asian countries like China. If you have contacts from there or live in the country, you probably have known her for a long time. It is quite essential since it is one of the few available in China, other options are censored. Its operation is similar to that of WhatsApp, being able to send text messages, audio messages, audio calls, video calls, photos and much more.

More than 200 million people use Kik daily and it has become a very interesting messaging app. You can send almost anything you can think of from Kik, although its strong point is the user communities, you can find groups that talk about certain topics and meet different people.

As we see alternatives to WhatsApp, there are many and very varied, so if the messaging app has fallen or if you want to give other options a chance, any of these apps will help you communicate.