Home APPS Android 11: These Are The Best New Features
APPSGADGETSTECHNOLOGY

Android 11: These Are The Best New Features 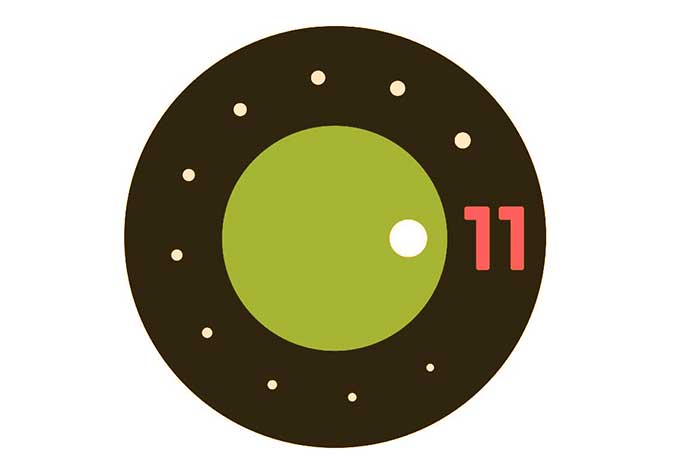 Android 11 can already be installed on selected Pixel, Samsung, Xiaomi, and Oppo smartphones. Other compatible devices should receive the new version in the coming months. We introduce you to the best new features of Android 11 here.

Two functions of Android 11 are exclusive to compatible Pixel smartphones:

One of them allows Pixel users to find friends more quickly on Google Maps. You can combine the live view with the location sharing in the map service. So you can see where your friends are right now. Of course, this only works if you have approved your location. In this case, you will receive information about the approximate position and distance of the person. If desired, arrows and directions can also be shown to lead you to it.

Another new feature for Pixel phones is an improved Gboard keyboard. While typing, you can now display suggestions for complete text modules or emojis and insert them by tapping. This is made possible by the so-called “Federated Learning,” a particular type of machine learning. The system accesses the data you have entered but only saves it locally and not on Google’s servers.

The Best New Features For All Smartphones

But of course, not only the mobile phones from Google with Android 11 get new functions. Owners of other devices can also look forward to:

With Android 11, the video conference platform “Google Meet” is available to everyone free of charge. You can now use larger rooms and invite more participants. With “Google Duo,” Android 11 extends the range of functions of the family mode. During a video chat, you can now draw directly into the picture and apply effects and filters.

Android 11 provides a separate area within the notification bar in which all messages from messenger apps are summarized. This includes SMS as well as WhatsApp and Telegram messages. This gives you a quicker overview.

You can also prioritize notifications about incoming messages. The messages marked in this way are displayed to you even if your smartphone is muted. In addition, you can use the new bubble function to reply to messages directly without opening the associated messaging app. Something similar has been known from Facebook Messenger for some time.

Call Management And Notification History In The Settings

Another function of Android 11 enables displaying a message history: It now appears directly in the settings and leads via a link to your notifications for the last 24 hours. The new conversation management can also be found in the scenes after the software update – under the item “Notifications.” In the administration, you determine which applications should appear there and make extensive settings for them.

Simplified Control Of The Intelligent Home And Playback Devices

If you hold down the power button for longer, the menu also shows all your linked smart home devices. This way, you can access them faster because you don’t have to open the corresponding apps. And via a particular area within the notifications, you can easily switch between your playback devices, such as speakers and your TV set.

Android 11 gives you more control over your data. You can now only allow apps to access your camera, location, or microphone for the current session if you wish. As soon as you close the app and open it again, the mobile phone asks for authorization. The same goes for apps that you haven’t used in a long time. The licenses also expire here. You then have to reassign them – if you want that specifically.

In addition, the “Scoped Storage” already announced for Android 10 is finally available under Android 11. This means that each application has its memory area, the so-called sandbox, which is separated from other applications. Apps can no longer view or use the entire device memory and no more extended access data from other apps.

Under Android 11, you can freely determine the size and position of the picture-in-picture view of the video player and adjust it to your liking.

Under Android 11, you will also find a new switch in the settings with which you can use the shortcut for volume control directly from the lock screen. To start the new access function, press and hold a volume key for three seconds.

If you fly frequently and use Bluetooth headphones, you will have noticed: As soon as you activate flight mode, Bluetooth is switched off, and you first have to reconnect. As early as last year ( we reported ), there was a rumor that Google wanted to improve this – which has now been done. On Android 11, Bluetooth remains activated even if you switch on airplane mode.

From healthcare and banking to retail and manufacturing, artificial intelligence (AI) has the potential to revolutionise many different industries. As a result, the need...
Read more
APPS

We have all used antivirus, but is it still enough today to entrust your security to such a product? Facts and numbers say more...
Read more
CYBER SECURITY