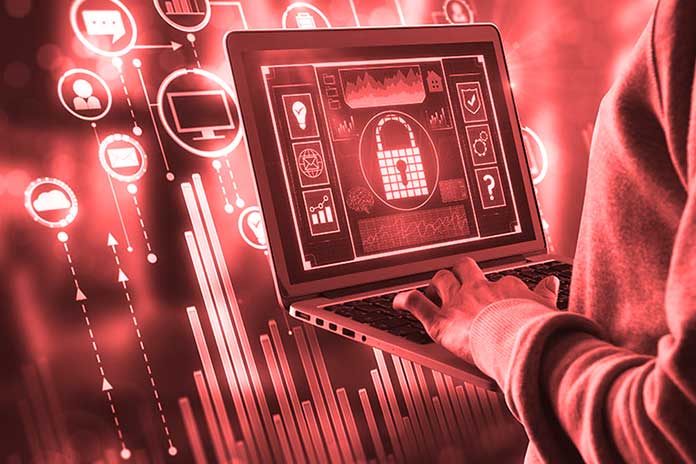 There’s been a lot of talks lately about safety. And when it comes to security, the term” attack perimeter” often pops up. But what exactly is it? How and why does it relate to the security strategy of those who, like you, have to protect the networks of Italian SMEs? Let’s shed some light by answering some of the most common questions.

What Is An Attack Perimeter?

What Is The Difference Between A Perimeter And An Attack Vector?

As already mentioned, the attack perimeter represents all those contact points with the network that a cyber-criminal can exploit to access software, hardware, networks, and clouds. On the other hand, the vector is the actual method by which to infiltrate and breach the system. Here are some of the more common ones: compromised credentials, ransomware, malicious insiders, man-in-the-middle attacks, or poor or no encryption.

But What Is An Example Of An Attack Perimeter?

Now that you know what an attack perimeter is, we can look at some concrete examples: software, applications, operating systems, data centers, mobile and IoT devices, web servers, and even… physical locks!

Perimeters can be digital or physical. Both should be as limited as possible to protect against unauthorized public access.

What Is A Digital Perimeter?

What Is A Physical Perimeter?

Unlike a digital perimeter, a physical perimeter represents all endpoints and hardware devices such as desktops, tablets, notebooks, printers, switches, routers, surveillance cameras, USB ports, and cell phones. In other words, a physical perimeter is a vulnerability within a system that is physically accessible to an attacker. A physical attack perimeter can be accessible even when not connected to the Internet. Typically these types of perimeters are overrun by intruders posing as assistants, BYOD or rogue devices on secure networks, social engineering, or “rogue employees.”

Management Of A Perimeter

Perimeter management (ASM) is the process that enables the identification, classification, inventory, monitoring, and prioritization of all digital assets in an IT environment, which may contain, process, and transmit sensitive data. Generally, perimeter management extends to everything outside the firewall, to those tools that cybercriminals could wield to launch an attack.

The most important things to consider when implementing perimeter management are:

Why Is It Important To Manage An Attack Perimeter?

Given the rapid evolution of cyber attacks, it is increasingly easier for hackers to launch complete and automated surveillance. Managing physical and digital perimeters is an effective strategy: through the continuous visibility of vulnerabilities and rapid “remediation,” an attack can be prevented and stopped before it occurs. Management helps mitigate the risk of potential threats from unknown open-source software, outdated and vulnerable software, human errors, vendor-managed assets, IoT, legacy and shadow IT assets, intellectual property infringements, and much more. Attack perimeter management is essential for:

Needed to detect misconfiguration in your operating system, website settings, or firewalls. It is also useful for detecting viruses, outdated software or hardware, weak passwords, and ransomware that cybercriminals could use as “gateways.”

Perimeter management helps protect intellectual property and sensitive data and mitigates the risks associated with Shadow IT assets. It also detects and denies any unauthorized activity.

How To Manage The Perimeter?

A perimeter’s steps or “management phases” are cyclical or ongoing and can vary from organization to organization. However, the “standard” steps that should be present in organizations are:

Reducing the perimeter is a key goal for any IT professional. This mitigation involves regular vulnerability assessment, monitoring anomalies, and protecting the weakest points.

Why Is It So Important?

While managing a perimeter is critical to identify any current and future risks, mitigation is critical to minimizing the number of entry points and security gaps.

Also Read: Corporate Security: What Are Clients And Servers?