Home TECHNOLOGY Big Data And Social Networks In The Service Of Policies: Still For...
TECHNOLOGY

Big Data And Social Networks In The Service Of Policies: Still For A Long Time? 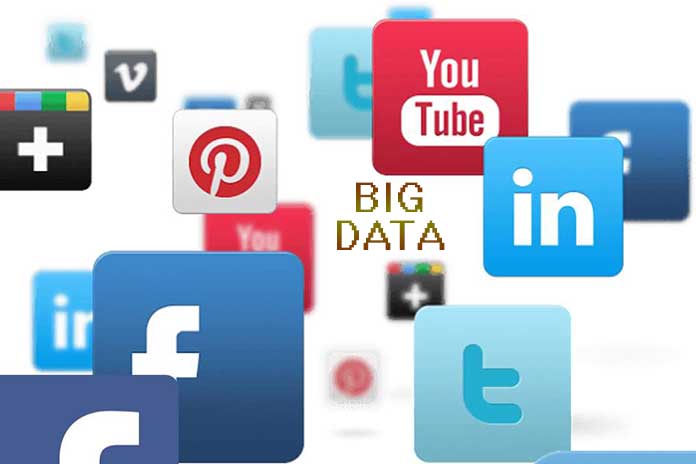 These data are collected on a massive scale and are then analyzed to understand the behaviour of different actors such as web designers, investors, consumers or even service providers.

Today, the exploitation of big data is developing more and more, and it is now used not only by the marketing teams of the brands but also by the communication teams of the politicians.

Its use is intended to enable them to anticipate voters’ behaviour, better target them, and thus launch online advertising campaigns, particularly on social networks.

In 2017, for example, during the presidential elections, the teams in charge of digital communication from the various political parties used powerful data software such as NationBuilder, Liegey Muller Pons, DigitaleBox or FederaVox.

In addition, Emmanuel Macron would also have used the “50 + 1” software from the startup Liegey Muller Pons, named after its founders, to launch “La République En Marche.”

According to Benoît Thieulin, founder of the digital communication agency Netscouade who has become Open innovation director, their use is not about to stop because “Given the very high volatility of the electorate, The potential for the effectiveness of hyper-targeting enabled by big data has never been higher in France.”

It would seem that big data has become an essential political tool, especially for advertising and the search for new voters.

Also Read: Big Data Is The Key To Everything: Here Are Four Ways To Improve The Way You Use It

Significant data software makes it possible, in particular, to obtain public or personal information about users to offer them then targeted advertisements on the various online platforms they use.

The information obtained can be very detailed and makes it possible to know the address, the family situation, the shops frequented, the favourite brands, the heritage or even the vacation destinations of Internet users.

For the most part, these data are collected by these different software programs to develop, for example, socio-demographic analyzes or studies of behavioural psychology.

It is an excellent way for communication teams to develop very distinct typologies of profiles in an electoral campaign and carefully adapt their strategies to them.

Once the potential voters or those undecided to convince are detected, an “advertising hype” is often considered.

Knowing this, it is therefore not surprising that some individuals feel that their freedom and the protection of their privacy are threatened.

A few scandals are emerging to make matters worse, and users are increasingly wary of online platforms.

We can notably cite the Cambridge Analytica scandal in the United States in 2016.

This year Cambridge Analytica, a company specializing in large-scale data analysis and communications consulting, was accused of using the data of 30 to 70 million Facebook users without their consent.

Indeed, it was brought to light that the English academic Aleksandr Kogan and his company Global Science Research (GSR) had created a quiz to collect personal information on the social network members and transmit it to Cambridge Analytica.

This structure is, moreover, in particular known to be based on the psychological model of the “Big Five.” The theory according to which the personality of each individual is defined in 5 major vital factors: openness to experience, emotional stability, conscientiousness, extraversion and pleasantness.

This is why such use of the personal data of Internet users raises questions of a moral nature.

Indeed, users do not seem to appreciate seeing their personal information exploited at the risk of being manipulated without their knowledge.

To go in this direction, according to a study by Statista, in 2016, more than 70% of respondents declared that they did not trust social networks and significant web players to manage their data.

What About In France?

Following the scandal of 2016, the CNIL (National Commission for Informatics and Freedoms) wished to recall that a political party could not use personal data without the explicit consent of the persons concerned.

In addition, the French electoral code prohibits “any commercial advertising process” during the six months preceding the first day of the month of an election.

Even if social networks do not take measures prohibiting “political propaganda,” this is well moderated by French law.

Towards A Ban On Political Advertising On All Social Networks?

On November 15, 2019, Twitter decided to ban advertising for political purposes on its platform completely. Its founder considers that this type of message should not be “bought” but “earned.”

However, Facebook, Mark Zuckerberg, does not see this ban in the same way. He said in October 2019 that banning advertising on his platform would “limit freedom of expression.”

According to him, Facebook would not have to moderate sponsored political content, including fake news, because it would be up to users to verify the integrity of the information they could find there.

However, his statements do not seem to be to everyone’s taste, and several major brands have decided to boycott his social network since June 2020.

Also Read: How Social Media Is The Strength For Startups