Companies Are Increasingly Benefiting From IoT 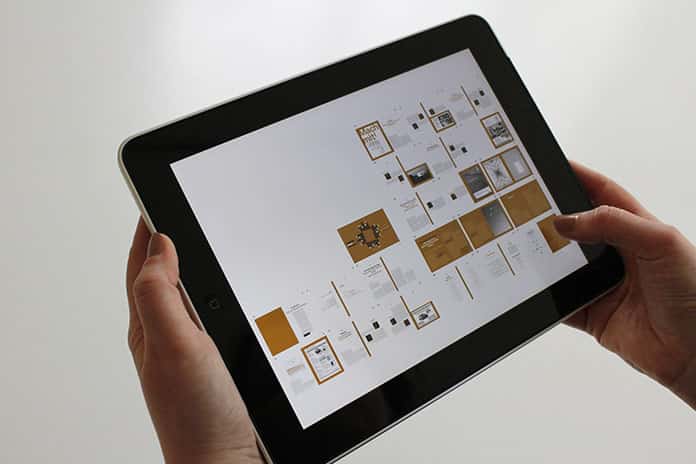 More projects, a higher success rate and faster-added value – the Internet of Things (IoT) is gaining importance and maturity in German companies. Besides, investments continue to rise, albeit not as strongly as recently. The money is going mainly into new topics such as blockchain, AI and robotics.

The Number of Projects is Increasing

The number of IoT projects is also growing steadily. Thirty per cent of the companies have implemented between six and 20 projects, 12 per cent between 10 and 24 use cases, and six per cent between 25 and 49 use cases. As in recent years, the pioneers in IoT applications are still large companies. However, the gap between small and medium-sized companies continues to narrow.

The relevance values ​​for the IoT have only increased slightly. Currently, 56 per cent of companies (2018: 51 per cent) rate the IoT’s relevance as very high or high, 19 per cent as rather low to very low (2018: 20 per cent). The value increases with the size of the IT budget.

In the next few years, the IoT will gain in importance compared to today (71 per cent very high to high); However, the value is only two per cent higher than in the previous study (69 per cent).

There is a slight shift here compared to the previous year. While 69 per cent of companies were very satisfied or satisfied last year, this year it is “only” 63 per cent. This may also be due to a fundamentally higher expectation.

After all, the success rate of IoT projects has increased compared to the previous year. Last year, 15 per cent of companies could not determine any added value such as higher productivity or lower costs. This year, it is only eight per cent. One per cent of IoT projects have failed (2018: two per cent).

Interesting: The added value of the IoT projects came on a little faster on average compared to last year. As in the previous year, the value for immediate added value is nine per cent. What is striking here is the outlier among large companies with an IT budget of more than ten million euros. Almost a quarter (24 per cent) benefited immediately from their IoT project. In 19 per cent of the companies, the added value was achieved after four to eight weeks (previous year: 15 per cent), in 35 per cent after three months (last year: 26 per cent).

This indicates that companies are working more purposefully on IoT and have learned from their previous experience. Because when defining use cases, designing and implementing their IoT solutions, they were on average three months faster than in the last year (15 instead of 18 months). The most important criterion for the success of IoT projects is still higher productivity (55 per cent), followed by cost reductions (46 per cent) and increasing sales (41 per cent).

Many Application Scenarios – Especially in an Industry

The IoT shows many faces in companies. The areas of application of the IoT are widely spread in a wide variety of sizes. Compared to last year’s study, however, the most important categories’ order has changed slightly. Forty per cent of the companies wanted to improve their quality control with their previous IoT projects.

This category thus replaces the long-standing front-runner networked production ( Industry 4.0 ), which achieved 37 per cent, followed by Smart Connected Products and Sales (sales management) with 35 per cent each. Other categories are logistics, building management, and predictive maintenance; another topic from Industry 4.0.

The most important goals of Industry 4.0 are cost-effective production (34 per cent) and increased productivity (30 per cent). Large companies in particular (40 per cent) want to reduce their production costs with the IoT. With a slight gap (20 per cent each), predictive maintenance and faster set-up times follow as motives for IoT in production.

The companies also hope to use the IoT to establish new production processes such as batch size one and monitor and reduce their energy costs.

The IT department is primarily responsible for the success of IoT projects. As in the previous year, responsibility for the planning and implementing IoT projects in most companies is concentrated in IT. The IT manager and the CIO make up 50 per cent (IT manager 28 per cent, CIO 22 per cent). In only eleven per cent of companies, the managing director has his hat on when it comes to IoT.

This is especially true for small businesses. They are followed by the Technology Board (seven per cent), the CDO and the Head of Development & Research with five per cent each. Only five per cent of the companies have a special IoT team to develop, plan, and implement IoT activities.

However, the willingness to invest is falling. In 46 per cent of companies, IoT projects result in very large or large amounts of additional investments. The values ​​are thus clearly below the previous year’s level. Last year, 59 per cent of companies said that their investments would increase very strongly or strongly. Companies with an IT budget of more than ten million euros spend a particularly large amount of money (32 per cent rising sharply; 23 per cent last year).

The changing of the guard in the investment areas is also amazing. In the last two years, the focus of the spending was on cloud services, security and network technologies. Now, surprisingly, a trio of “newer” technologies are ahead with 26 per cent each: blockchain, AI and robotics.

Only a fifth of companies want to invest in security technologies, although data protection and security concerns are the most important argument against broad-based IoT activities. Other important investment areas are cloud computing, network technologies, mobility, IoT platforms and analytics.

Companies need additional resources primarily for the selection and implementation of IoT platforms and for IoT project management. These two topics replace the long-standing leader in software development, the value of which has dropped from 40 to 22 per cent and has almost halved. Companies also have to step up with security/safety concepts, hardware development and business case advice. Only five per cent of companies do not need any additional IoT resources.

Partner in the Boat

To master the IoT challenges, most companies work with external partners. Almost two-thirds of the companies (65 per cent) develop their IoT solution together with an external partner; In 2018, it was 59 per cent. The proportion of medium-sized companies between 500 and 999 employees (72 per cent) is above average. Sixteen per cent have their IoT solution developed completely externally (previous year: 17 per cent), five per cent cooperate with other companies from their industry (last year: eight per cent).

When choosing an IoT provider, companies particularly value a good price-performance ratio, trust in the provider and technological know-how. Process know-how, industry competence (in the previous year still criterion number 2), innovative strength and scalability also play an important role. When choosing an IoT partner, other criteria are a transparent price structure, good cooperation on another IT / ICT project, and a permanent contact person. The least important thing for companies (ten per cent) is that the partner has its headquarters in the European Union.