Home FINANCE 2023 On The Horizon: Cryptocurrencies That Promise A Lot For The Coming...
FINANCE

2023 On The Horizon: Cryptocurrencies That Promise A Lot For The Coming Year 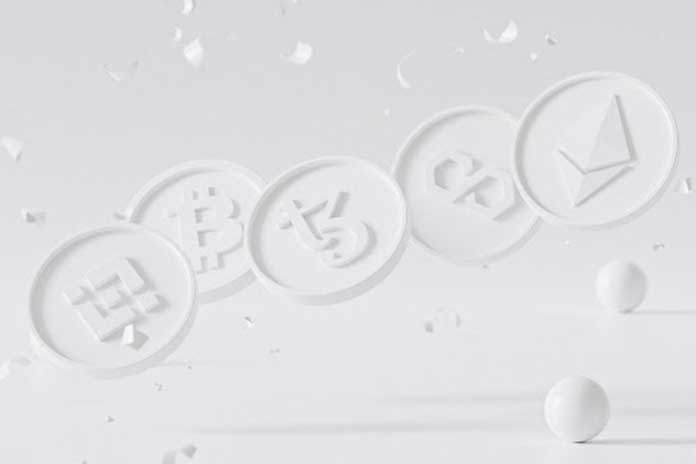 2022 has been a year of ups and downs for cryptocurrencies, and lots of questions have arisen recently regarding the next big trends in this industry. Well, experts keep revising the market, but some of the coins that promise a lot in the coming year are thoughtfully addressed in this article.

It’s true that we’re in mid-crypto winter, but regardless of all the painful downturns, crypto is here to stay. Since this industry is still in its early stages, it’s only normal for some digital currencies to end up nowhere. But those that managed to rise aren’t to be ignored. Bitcoin and Ethereum, the world’s largest cryptocurrencies by market capitalization at this moment, as well as Solana, Polygon, Shiba Inu, and Cardano, have seen considerable success and adoption lately. Hence, a question like “Is crypto coming to an end?” is only out of the discussion. More than that, specialists expect new tokens to take the cryptocurrency market by storm.

That being said, here’s what might make for a great investment in 2023:

Ethereum has repeatedly proven its relevance to the crypto industry, especially since the great transition. The Merge, Ethereum’s upgrade from a PoW (Proof-of-Work) to a PoS (Proof-of-Stake) consensus mechanism, took place on September 15 this year. The project is aimed to make the blockchain more sustainability-oriented, thus consuming less electricity on processes such as mining and transaction validating. The Merge’s effects, however, don’t happen overnight, so for those hoping for an immediate and unprecedented price rise – we’re sorry to ruin your expectations. But don’t be discouraged; improvements such as faster transaction processing are already evident, so an ETH price upsurge will (slowly but) surely happen. Advisably, if you’re looking to buy Ethereum, you should be mindful of where to buy Ethereum, as the platform chosen is to be a reputable one.

Polygon has proved to be one of the most profitable cryptocurrencies to buy and hold in 2022, and it’s likely to remain the same in 2023. It’s also famous for successfully competing with Ethereum as a layer- 2 scalable project. Surprisingly, it surpassed the crypto giant, becoming the best-performing layer-2 scaling solution. Its uptrending price action and proven resilience make Polygon one of the safest investments, and the increased demand for the MATIC token is proof of it. Nonetheless, Polygon’s most impressive feature is the fast-growing ecosystem that allows for other digital currencies to be designed on top of it. Due to the multi-chain 12 scaling solution, Polygon is predicted to launch on other blockchain platforms. In fact, Polygon and Ethereum work closely together, and the former’s zero-knowledge EVM (zkEVM) might be the one thing that helps the latter become more scalable. This refreshing scenario is set to go live in the following year.

Polygon has also partnered with several big names, and its latest achievement is linked to the Disney Accelerator Program. Apart from that, partnerships with Meta, Starbucks, and FinTech bank in Brazil, Nubank, may come to fruition. Plus, the project continues to lure developers with more than 53,000 dApps on the network.

Metacade is the ultimate Web 3.0 platform aimed at creating a common place for developers and gamers alike. Thus, community members can meet up to develop blockchain games, play, or simply discuss. The project’s main interest is to design a community-driven arcade encompassing a Create-to-Earn and Play-to-Earn ecosystem. Developers are compensated for game ideas by means of Metagrants. They can use their Metagrants for staking, tournaments, governance voting, and many more. Things get exciting, all the more so since the Play-to-Earn sector promises to be one of the hottest upon the bull market return. This will most probably happen, as the worldwide gaming market is forecast to reach $125 billion by 2025, according to a Technavio report.

One thing is for sure – P2E and metaverses are at their very best at the present moment, with more and more players entering this virtual realm of playing and earning. Not to mention that blockchain technology supports this type of games, including Metacade.

Alongside Dogecoin, Monacoin, Floki Inu, and Big Eyes Cat, Shiba Inu stands amongst the most prominent meme coins on the market. Its success journey is as fascinating as, at the moment of its release, it was only perceived as another meme crypto. However, it shot to prominence in 2021, when the SHIB token saw a price rise of 5 million percent. Even if much time has passed since then, Shiba Inu has maintained itself in the top meme coins and cryptocurrencies in general, so the hype is real, and it’s probably going to last. More than that, Shiba Inu could become a sustainable virtual currency sooner than you think, as its creators have taken action to prove Shiba Inu’s “green” potential. Several improvements have been made to its ecosystem, including Shiba Swap DEX, an increased burn rate for SHIB tokens, and a SHIB Launchpad.

Sandbox is one of the most popular Metaverse and P2E (Play-to-Earn) cryptocurrencies for the time being. Many celebrities praised the Sandbox metaverse; thus, the SAND token experienced a price increase of about 20 percent. The project has meaningful partnerships on the horizon, but one of the most impressive is undoubtedly that with Gucci, as the luxury fashion brand aims to release the GucciVault in its metaverse. In 2022, for example, Sandbox agreed for virtual Warner Music concerts to be held on its metaverse. Shockingly – or not? – five-star musicians like Snoop Dogg got to perform on the Sandbox metaverse. The increasing adoption of Sandbox and the many countries that have started to favor the Metaverse market (Japan and South Korea, for example) may lead to an all-time high for the SAND token, so ensure you keep a close eye on Sandbox.

Sandbox has many tricks up its sleeve, so 2023 is surely going to be full of surprises.

So, are you considering investing in these cryptocurrencies? As you can see, they’re going to be all the rage in 2023 – and probably beyond.