How To Spot Get Rich Quick Schemes & Prevent Yourself From Fraud 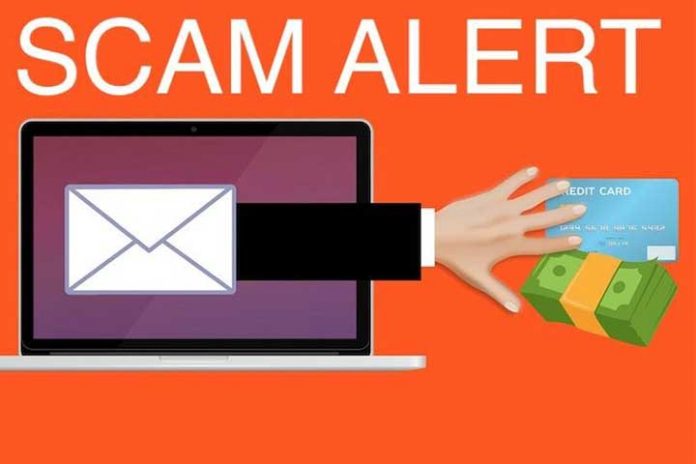 The latest avatar of the ‘Get Rich Quick Scheme’ masterminded community-specific interests. Muslims joined the Muslim Entrepreneur Network (MEN) to supplement their regular income source, but little did they know their sentiments would get exploited and used as a marketing tool.

The residents were duped of millions by Ashfaq Siddique (Mosque Secretary). The Al-Madina Mosque (Barking) rented the space to MEN (March-November 2018). A team of three individual’s leveraged faith as the smokescreen to hatch a conspiracy but how could this happen in the 21st century, especially given access to the information?

Two self-proclaimed investors, Rafaqat and Aziz Mirza (Brothers) sold a startup pitch. They were further joined and promoted by Ashfaq Siddique to win their vote of confidence. The regular attendees at the mosque entrusted the authorities with their money. It was a perfect pitch, and as planned, the audience got swayed by the vision of the team.

How do you spot a scheme and stay away from it? Avoid getting partial to interest-based prospects is the best advice. Our gut instincts also loose its usual edge in sensitive topics such as religion. That is why you need to follow a rational approach.

The Birth of MEN, Early Stage, and Community-Driven Learning

The Muslim community of North and East London thought the inception of MEN (2015) was the right step. Haroon Qureshi (Redbridge) and Harun Rashid (Dagenham) set the network rolling. The goal was to have access to online learning resources for a monthly subscription and initially, the program drew a positive response with more than 1000 members joining at the inaugural event.

The residents were also excited to network with individuals within the community. They expected benefits worth more than a monthly subscription of £19.99. However, the introduction of the Mirza brothers turned this dream into a nightmare.

The role of entrepreneur Aziz Mirza was to bring experience to help the community grow. He roped in the services of his brother, Rafaqat (Roky) Mirza. Soon after, the team created a public perception that matched the growth mindset of entrepreneurs. It was only a matter of time before the intentions unmasked the reality. According to the Gulfnews, Aziz Com Mirza sentenced to jail for fraud in Dubai.

Seeds were sown. The product was ready. The Leverage Program brought Haroon Qureshi and Rocky together on a separate project. What followed next was a series of online and offline sessions urging people to invest.

The slogans of ‘Financial Freedom’ and ‘A Profitable Business’ echoed the public sentiments. A dynamic marketing program blurred the boundaries between religious and commercial gains.

The local Muslim community had every reason to invest in the project. Individuals parted with £5,000 to gain profit in 12 months. The investors started making plans for their children and family. The level of engagement at social and religious fronts left them devastated.

Empty Trip and the Dawn of Near-Perfect Business Model.

The legit existence of ‘Empty Trip’ made it a near-perfect business concept. The idea was backed by one and all that came into contact with Rocky.

Empty Trip was registered in October 2017 and attracted a lot of positive feedback. Even the investors got excited. The business model worked around hiring taxis and drivers on their empty rides back via a mobile app. Harun Rashid, CEO (MEN), made investments from his friends, extended family. Who would have anticipated what was coming next?

Harun Rashid (CEO) approached individuals asking to make future-proof investments in the venture. Mr. Ali invested £150,000 on three different occasions. What convinced him? It was Harun’s intensity that sold the proposal to me.

Soon after, the cracks start appearing on the surface. The points that missed the attention earlier started hurting the investment returns. The investors blamed the good faith for their losses. They never looked beyond the social image of Ashfaq Siddique to smell anything foul.

The ‘Get Rich Quick’ trick works on diverting attention. The plan is to trap people in a social and religious circle. The only thing left is to influence their decision. What would you say when an investor doesn’t check the relevant paperwork?

The $100m valuations of the company were an eye-wash. The app did offer hope, but funds disbursement to other accounts eroded its edges.

One, the Leverage Program was never registered with Financial Conduct Authority. Second, the audacious move to buy ‘Fitness Franchise’ never took off. The investors had enough to start coming back to their senses.

The funds generated from new ventures paid the members of the existing programs. The cycle continued till it had nowhere left to hide or escape.

The authorities at the Al-Madina mosque continued to make distance from public allegations. Ashfaq Siddique, on several occasions, has shown promoting the Mirza brothers. He encouraged people to join them on and off the stage. The foolish stance to deny Mr. Siddique’s involvement made the intentions public. It made the picture clear even to the hardest of the followers.

It was a penultimate act of betrayal.

Ashfaq Siddique backed his reputation by highlighting the past work and community service. He expected the community to believe him. He uttered the words that led them to invest in dubious activities in the first place. His actions and words did a little favor.

MEN made the last-ditched effort by calling it a hatred campaign.

The ‘Get Rich Quick’ campaigns press the sensitive button. They target your career, family life. And in this case, they went onto involving faith-based emotions. Our circumstances expose us to the preying eyes. They’re not smart or got a brilliant mind. The crooked nature work in the favor as we play the victim by will.

Is there a business model to make you rich overnight? We all know the answer. To expect something to happen out of the ordinary makes someone else rich on our behalf.

The religious idiolects must not sway our emotions. The context in which the reference points are used must not impair our judgment.

The Six Most Used Platforms To Buy And Sell Products

In recent years, with the economic crisis as a fundamental player and our smartphones as perfect allies, the market for used products in Spain...
Read more
BUSINESS

Every small business owner or first-time entrepreneur wants their company to grow. One of the best ways to succeed in what you do and...
Read more
BUSINESS

Risk Management: This Is How You Stay Prepared For Anything!

For most corporations, it is a matter of course to operate extensive risk management. Medium-sized companies are lagging, but small companies, founders, and start-ups...
Read more

The Six Most Used Platforms To Buy And Sell Products

In recent years, with the economic crisis as a fundamental player and our smartphones as perfect allies, the market for used products in Spain...
Read more

Maturity Model: Get The Best Out Of Your Data In 3 Steps

With digitization, the importance of data is growing - this is nothing new. But what does that mean in concrete terms for companies? Companies...
Read more

The Untapped Potential Of Electromobility: Automobile Manufacturers And Energy Suppliers Have A Duty

So far, electric vehicles have not been profitable for the automotive industry. While battery development is advancing rapidly, there is still much to be...
Read more

Enjoy The Movies At Your Home With These Branded Home Theatres

Considered by some as a must-have for family entertainment, home theatre systems are the go-to devices for watching movies and shows, listening to the...
Read more

Every small business owner or first-time entrepreneur wants their company to grow. One of the best ways to succeed in what you do and...
Read more

Big Data And Social Networks In The Service Of Policies: Still For A Long Time?

Why You Want Smaller File Sizes On Your Website

Most organizations feature a number of visual aids, information, and flair on their professional websites in the modern age of the internet.Many organizations aren't...
Read more
Load more