Home TECHNOLOGY 5G: This Is How The New Mobile Communications Standard Works
TECHNOLOGY 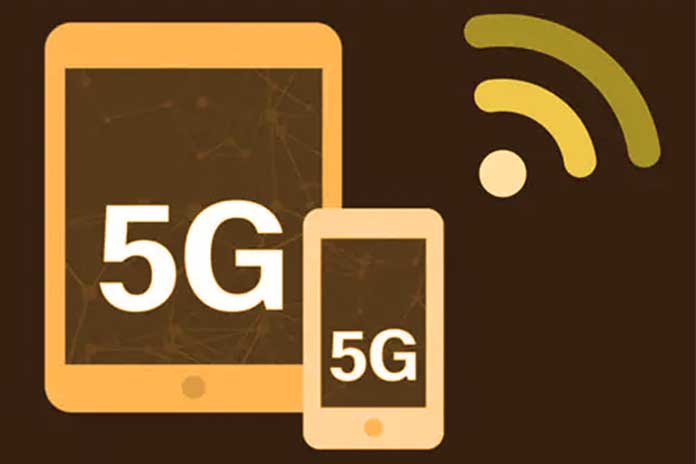 The further logical development of LTE (4G) is called 5G. This revolutionizes the use of mobile communications since, with a new network, several network architectures are built, and requirements are met. At the last Mobile World Congress dates (before Corona) in Barcelona, there was not a supplier and hardly a network operator who did not present their products and ideas for the “magic network” 5G. Deutsche Telekom had already called for a press conference in 2015 as part of the NGMN initiative (“Next Generation Mobile Network”), which it strongly supports. “The new thing has to be here in 2020. And the appointment worked. For a long time, it wasn’t entirely clear what the “new 5G thing” could look like. Countless 5G networks have long been in operation. We give an insight into what 5G can make possible.

5G has significantly pushed the boundaries of what is even possible with mobile networks. The development runs in several directions at the same time: From “ultra-fast” (one to several gigabits per second in a cell; at least 50 to 100 MBit/s for the individual user) to “ultra-fast answers” (ping times) down The spectrum ranges from a response time of 1 ms from the network instead of the current typical 30-50 ms) to “ultra-economical” (continuous operation of a sensor connected via mobile radio with a standard battery for ten years). Terminals can also exchange data directly with other airports, authorized via the base station, but without going through the base station. Last but not least: the total amount of data transported by the networks has multiplied and may soon multiply by a thousand, while the total power consumption is expected to decrease. The goal would be to halve it.

It is one of the industry’s laws that such challenges in the telecommunications industry regularly trigger a particular spirit of optimism. The technological developments, the standardization based on them, the concrete product developments and the necessary interoperability tests are a constantly evolving process. Two years before the desired date, 5G started in South Korea (for the 2018 Winter Olympics). Switzerland was a fix (5G since 2019). The first 5G networks at Telekom and Vodafone went into public service as early as 2019, with Vodafone claiming to have been “first.” In the US, “5G-America” ​​has progressed very far. T-Mobile USA claims to operate the largest 5G network nationwide, which is probably true from what is known.

In 2015, Ericsson presented a “mobile” device (“mobile” in the sense of “can be pushed”) with 5 GBit/s at the Mobile World Congress. At the time, the South Korean network operator SK Telecom stated that it had already reached 7.5 Gbit/s. In 2016, Ericsson, ZTE and many others had already exceeded 20 Gbps. And that’s far from the end of the road. But despite all the enthusiasm, you have to be careful: Not everything that says 5G on it has 5G in it. In the USA, for example, certain cell phones sometimes already display “5G” in the 4G LTE networks.

Dozens Or Even Hundreds Of Antennas At Once

Various measures can increase the overall capacity of a network:

One measure alone is not enough. One must combine several steps to achieve the goals.

ZTE showed in Barcelona an amazingly compact massive MIMO antenna considering the 256 individual antennas, power amplifiers, receivers, and associated baseband units included. This supplied a total of a dozen everyday LTE end devices, each with around 35 Mbit/s, with an LTE frequency band just 20 MHz wide in what is known as TDD mode (in which base station and end devices transmit alternately on the same frequency). In total, a good 400 Mbit/s were sent in one cell. With conventional 4×2 MIMO (4 antennas on the base station side, two each in the end device) and TDD, on the other hand, only a quarter of this total bandwidth would have been achieved.

Possibilities And Limitations Of MIMO And Beamforming

ZTE presented the possibilities and limitations: Significant increase in bandwidth and the limits of MIMO and beamforming: The 64-fold increase in the number of antenna elements on the base station side only results in a quadrupling of the total throughput. Critics repeatedly point out that MIMO was constantly “over promised” and “under-delivered.” MIMO alone cannot provide the necessary capacity expansion. For this reason, additional frequency bands are constantly being considered and discussed. 26 GHz and 60 GHz (so-called millimeter waves) are already in use in the USA, but these frequencies still need to be assigned in Europe. Radiation opponents already get “headaches” just thinking about these frequencies.

Also Read: Mobile Networks As The BackBone Of The Internet Of Things