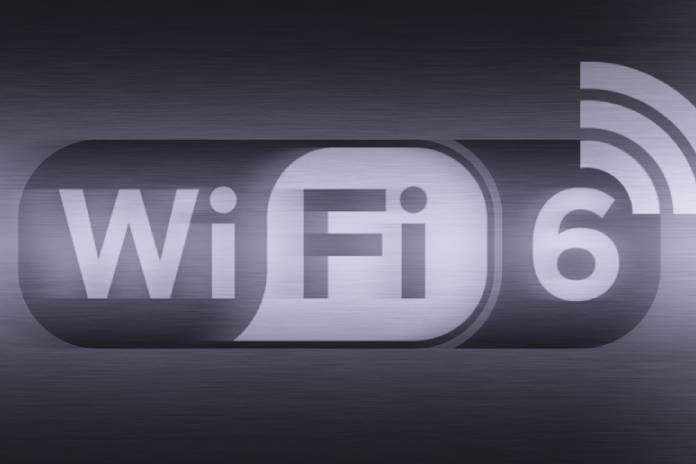 We are increasingly focusing on online connections, which makes both 4G connections or 5G as the router to which we connect at home take great importance. Due to this, technology has to continue advancing to offer us new possibilities such as the ones we are going to meet this time with the so-called Wi-Fi 6 and Wi-Fi 6E.

These technologies are new, the latest advance after the Wi-Fi 5 technology that has been with us for several years and that introduced among its changes the 5 GHz band that we can find in our Wi-Fi router. The changes are very significant and will make both the speed and the possibilities increase significantly at home, at work or anywhere we have our router.

The Big Changes In Wi-Fi 6

The new network standard arrives ready to improve results on mobiles, gadgets, computers or Smart TVs, among other products that we find in home automation. The evolution of connected products means that we have to keep thinking about new solutions that avoid some of the inconveniences that we may encounter with Wi-Fi 5.

These changes will be implemented little by the different companies according to the mature technology and the products adapt to the needs. It could also be the case that the jump went directly to Wi-Fi 6E, which we will talk about later with its important differences.

Another point to highlight is the speed that this technology manages to place at 10,000 Mbps, which represents a significant increase in products capable of using it, such as the latest generation consoles or computers.

The efficiency of this new technology, in turn, allows the range to be greater in the devices, expanding our possibilities. We cannot forget about the security that becomes WPA3, the wifi security mechanisms that we already knew previously.

Problems with interferences between devices have also been key in the development of this technology. Beyond the capabilities of the network, the so-called order that has been given allows us to avoid problems at certain points in the home.

The possibility of using both the 2.4 GHz and 5 GHz bands without having to differentiate them and thus offering a higher speed according to which the device automatically connects, is highlighted.

The Differences Between Wi-Fi 6 And Wi-Fi 6E

Beyond a new generation of technology applied to Wifi, The so-called Wi-Fi 6E gets this curious name because it gives life to what is a new frequency band known as 6 GHz. This important change will offer us different changes from what we have seen previously.

This means that in the next generations of devices we will also have to look at the possibility of having a new frequency band with this name. The combination between 2.4 GHz and 5 GHz is expected to be total and we cannot differentiate between both options, but the new 6 GHz one.

The main objective of this jump is that of stability, thinking above all about the transition of content in 4K or 8K that is increasingly closer and more rooted to our multimedia consumption. Distance will be the key point when using the 6 GHz band as we have become used to doing with the 5 GHz band.

Each of the options has its advantages and positive aspects, in which the distance can make the difference as well as the speed.

When Can We Use This Technology?

The door has already been opened in the United States although in Europe the 6 GHz band has not yet been released, something that will eventually be the launch of the first processors that will be able to take advantage of it.

We can expect that by the year 2021 we will start to see gadgets, smartphones and other smart products with this capacity and then we will be able to better understand what this generation leap is about.

Online learning has numerous perks. It allows people to learn from anywhere at any time, from a device of their choice. This means you...
Read more
APPS

Netflix increases the pressure on "black viewers" and tries to curb the unauthorized disclosure of access data.Netflix customers are allowed to have their Access...
Read more
MS OUTLOOK

Here Are The Alternatives Of MS Outlook

Would you like to find an alternative to Outlook? We have put a few together for you. Microsoft Outlook is one of the most widely...
Read more

Do you want to give your YouTube channel a new name? We'll show you how to change the name of your channel.Don't like the...
Read more

There are several devices and equipment that you can acquire for yourself or donate to someone. New technologies present new tools and mechanisms. Most...
Read more

Online learning has numerous perks. It allows people to learn from anywhere at any time, from a device of their choice. This means you...
Read more

Tired of annoying comments under your YouTube videos? Find out how to block unwanted users here.If a YouTube user disturbs the comment area of...
Read more

Are you fond of the ads on YouTube? Here are a few tricks you can use to skip ads easily. More than 1 billion...
Read more

How To Drive Sales With Influencers

If you’ve not already taken the leap into influencer marketing, then I’d suggest that 2021 is the year to do so. Social media has...
Read more

Upgrade Old Hardware In A Targeted Manner, And Your PC Will Be Fit For The Latest

Do you need a new PC for the latest software? Are you kidding me? Are you serious when you say that! Targeted upgrading also...
Read more
Load more