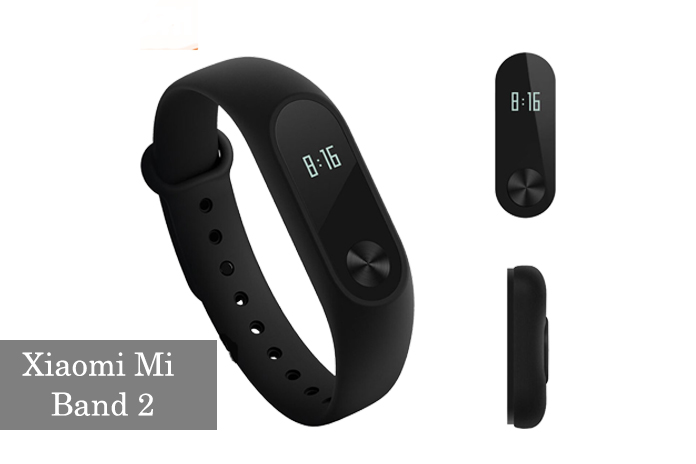 If you are one of the people who is looking for a sports bracelet to see your progress in the distances you travel every time you go to the gym or go for a run in the morning, the Xiaomi Mi Band 2 is an excellent option.

It is an accessory for sports with great technical characteristics and not something that is not of good quality, just as anyone would think for the price it has, since it is only 50 euros, so let’s get to know a little more of the details that are part of the bracelet.

The Xiaomi Mi Band 2 is the third sports quantifying data bracelet that the firm has released to the market, which is why it is not about any device, and among the main features it has, it can be mentioned with the incorporation of a screen, something that sets it apart from the rest, since the vast majority of these Smart Band do not have one of them.

The screen is 0.42 inches, which is equivalent to approximately 1 centimetre, something that none of the previous generations incorporated and the information had to be visualized by means of the aluminium surface that they integrated.

The technology that the screen of the Xiaomi Mi Band 2 has is OLED type and the best of all is that it is flat and capacitive touch, that is, it will allow users to manipulate it even if they have dirt on the fingers or the sweat that is characteristic when practising a sport.

Among the information that can be seen in it is, for example, the number of steps that have been taken during the day, the distance travelled, the calories burned, the time, the sleep monitor, the control of all heart activity, notifications and incoming calls linked to your Android mobile.

The Xiaomi Mi Band 2 has different characteristics that make it a fitness bracelet that meets the basic needs of people, since among its tools is the pedometer, sleep monitoring; which incidentally will have the ability to wake you up with a fairly light vibration.

The reliability that the heart rate sensor has is not the best of these devices, but it is reliable for those who do not have many demands, but for 50 euros the performance of the bracelet is not bad.

Regarding the battery, the new Xiaomi bracelet integrates a 70 mAh, with which according to the developers it could offer an autonomy of up to 20 days, but in reality, it is only 10 days with the frequent use of notifications, sleep monitor among some others.

Regarding the time to wait to charge the Xiaomi Mi Band 2, this is 3 hours with a USB 2.0 cable, so it could be carried out from a computer without any problem, so in general terms, the Autonomy is pretty good.

In order to use this affordable sports bracelet, the application called Mi Fit must be installed on the device, which can be found on Google Play. After this, the pairing between both devices is very simple since it is carried out through Bluetooth, the bracelet is 4.1.

In other words, it can be synchronized with Android 4.4 KitKat or higher devices and with it could be compatible with the Google Fit app, which the vast majority of Android smartphones already integrate into their system.

The design of the Xiaomi Mi Band 2 is very compact and at the same time minimalist since it has a 4-centimetre bulb-type strap that is made with a fairly soft texture since it is made of silicone.

There is no need to force the clasp and strap to fit people’s wrist. It is not bulky like that of other firms and is waterproof up to 1 meter deep.

How To Find The Best New Laptop

The best way to start your search for a new laptop is to familiarise yourself with what functions you need it to do. Put...
Read more
GADGETS

The third generation of foldables for Samsung. The protagonists of the Galaxy Unpacked event are the new Galaxy Z Fold 3 and Z Flip...
Read more
APPS

Introduction An IT strategy is a detailed document that elaborates a company’s vision and strategic planning for IT. It generally includes budgeting, strategy documents, and...
Read more

Windows 11 Home powers you to interface with Microsoft's administrations during the establishment, yet consider the possibility that the Internet isn't working. This is...
Read more

How to choose the most suitable cloud service to develop your projects online: a guide to Cloud Pro, Cloud Smart. To start a project...
Read more

The Sales And Marketing Channels For Your Ecommerce

Many operating systems, so-called distributions, are based on the Linux kernel. Its distribution versions differ in the kernel version and the user interface. Above...
Read more

A company is about to implement a use case in the data science area. Now nothing stands in the way of a data-driven business....
Read more
Load more