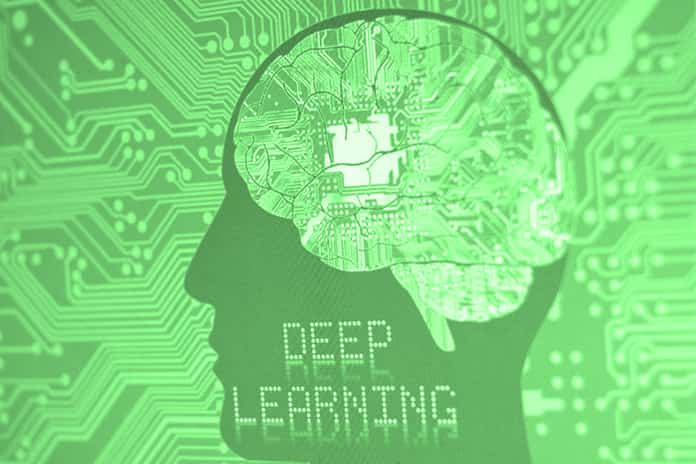 Deep Learning is one of the main technologies for Machine Learning and artificial intelligence. Find out what this technology consists of, how it works, and its different application sectors.

The concept of Machine Learning dates from the middle of the 20th century. In the 1950s, the British mathematician Alan Turing imagined a machine capable of learning, a “Learning Machine”. Over the following decades, different machine learning techniques were developed to create algorithms capable of learning and improving independently.

Deep Learning: How It Works?

Within the human brain, each neuron receives approximately 100,000 electrical signals from other neurons. Each active neuron can produce an exciting or inhibitory effect on those to which it is connected. In an artificial network, the principle is similar. Signals travel between neurons. However, instead of an electrical signal, the neural network assigns a certain weight to different neurons. A neuron that receives more charge will have more effect on adjacent neurons. The final layer of neurons emits a response to these signals.

To understand how Deep Learning works, let’s take a concrete example of image recognition. Imagine that the neural network is used to recognize photos that include at least one cat. To be able to identify the cats in the photos, the algorithm must be able to distinguish the different types of cats and to recognize a cat in a precise way whatever the angle from which it is photographed.

To translate oral conversations in real-time, software like Skype or Google Translate also rely on machine learning. It is also thanks to this technology that artificial intelligence Google Deepmind AlphaGo has managed to triumph over the world champion. In recent years, with the appearance of convolutional neural networks, Deep Learning has been at the heart of computer vision and robotic vision.

Facebook
Twitter
Pinterest
WhatsApp
Previous articleHow Is Artificial Intelligence Changing The Field Of Medicine?
Next article10 Mistakes In The Customer Experience That Every Company Should Avoid