Home BUSINESS How To Hire React Native Developers In 2021
BUSINESSTECHNOLOGY

How To Hire React Native Developers In 2021 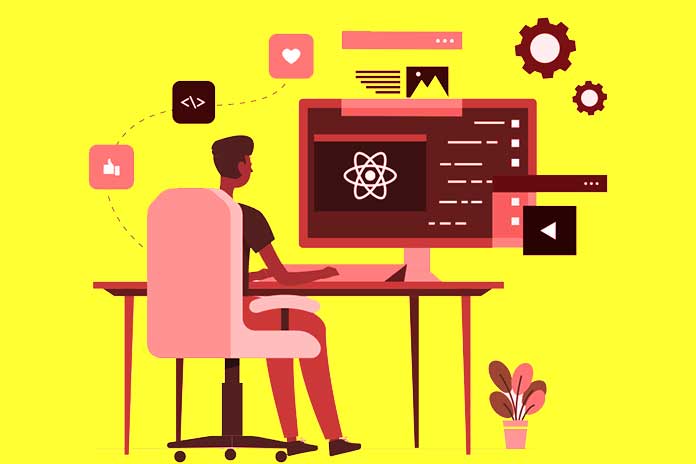 Hiring react native developers isn’t a piece of cake. You’d have to go through a pool of applications, vet them based on their skills and expertise and ask them the right questions to deem their potential. The entire activity is daunting and time-consuming, to say the least. And, it becomes even more cumbersome when you don’t know how to hire react native developers.

This article enumerates the points you need to take into account for hiring react native developers.

What are the skills to look for before you hire a react native developer?

A react native developer should be fluent with the following skills:

Familiarity with the JSX language

React.js is a front-end development framework. A React.js developer must be proficient in HTML and CSS development as a prerequisite to their work. You do not, however, want to hire someone who only has a basic understanding of the topic. Instead, hire React.js developers who can design user interfaces that are both visually appealing and functionally engaging. An in-depth knowledge of design principles is required for this. In an ideal world, you’d have engineers on your team who are proficient in HTML and CSS.

Proficiency in JavaScript and ES6 is required

You can’t master React unless you understand the fundamental concepts of JavaScript, but these ES6 skills are also required:

Redux and Hooks for state management

Many developers have been confused because of the asynchronous nature of state updates and how React handles them. This is why Redux was created, as well as for scalability. Redux is a state management library that can also be used for a variety of other purposes. It is a way of thinking about data rather than a framework. Redux is built on functional programming and immutability principles, but it is not a one-size-fits-all solution. Hooks were introduced to React in version 16.8, allowing developers to gain access to state, React lifecycle functions, and other goodies.

Understanding of Node.js and NPM for integrations with other parties

Node may surprise a lot of people. Why should React developers be familiar with Node in order to work on the client side of the application? While the React framework may be used in any JS file, there are a plethora of additional packages available for customising the functionality. For React developers, understanding the npm registry is crucial. This is the place where software developers can get software to help them develop software. npm is exactly what it sounds like: a cloud storage service for software packages, or dependencies.

Job Description for the role of a React Native Developer

The next step in hiring a React Native app developer is writing a decent job description and publishing it online. You can refer to the template shared below:

ABC Company has an exciting opportunity for a React Native developer to join their creative and innovative team. If you’ve worked on Android or iOS apps before and are searching for new challenges and possibilities for advancement, we’d love to hear from you. In addition to designing apps, you’ll collaborate closely with the teams in charge of other parts of the product architecture.

We have prepared a list of questions that you can ask when you interview a candidate for the role of a react native developer.

Turing is a Palo Alto-based deep jobs platform allowing talented software developers to work with top US firms from the comfort of their homes. Built by engineering leaders from Facebook, Google, Uber, and Stanford and backed by Silicon Valley tech luminaries, Turing’s leadership understands the importance of creating a community to support its elite developers.

Tell us the skills you need and we’ll find the best developer for you in just a couple of days.

Laveena Hora
Laveena Hora is a technical content writer with Turing. She loves to watch series and explore new places when not writing about AI, big data, and remote work.