Home GAMING How To Improve Your Gaming Skill?
GAMING

How To Improve Your Gaming Skill? 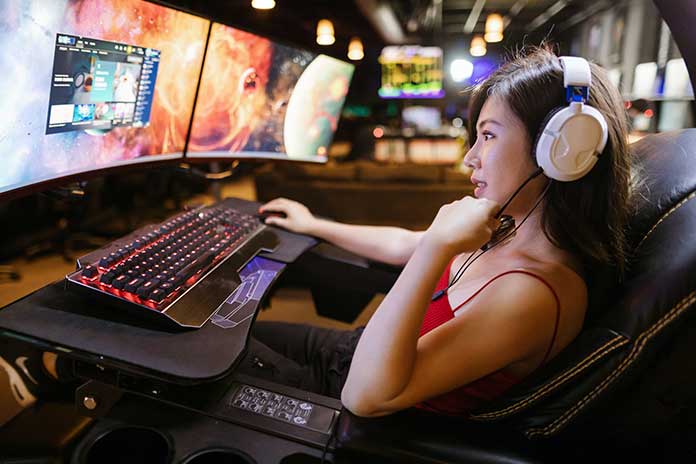 Improving your gaming skill depends on many factors, but most people think grinding is the best way. Even if you have to play a lot to be on a certain level, it’s better to do it correctly and with a plan, because you might be wasting a lot of time.

The great thing is that gaming is constantly gaining new followers and even sports teams are getting into it. Some of them are available on gambling platforms so while doing Race At Road America predictions you might also do it for gaming and enjoy it from different viewpoints. But, in order to become a professional, you’ll need to start with some essential tips.

Research The Game in Depth

Most gamers will learn how to play the game by just jumping into it. This type of grinding is great when you reach a certain level but learning about the game is very important. For example, there are people that have played League of Legends for 10 years but still haven’t read what the spells do for each champion.

When it comes to FPS games, you should learn how much damage a certain weapon can do and what are the tips and tricks for the maps you play. Each game has something you should learn which can’t be done through gaming or you just don’t have the time to do it while playing.

Engage With The Community

Talking with other people that like the same game shouldn’t have to do anything with skill but these communities are very valuable. They are usually the first place where important information is shared like new meta or what is important for the new patch.

Besides finding out this information before other players, you can also find others that are willing to play with you. This is a huge advantage over solo players because they are not communicating with their team. When you have someone to play with, your skill will increase much faster.

Create or Join a Team

Playing CS or LoL with friends for fun is much different than playing with a team or joining a professional team. The way the game is played is on the next level and training is taken seriously. But, the prizes can also be huge considering how much money is in gaming.

Creating your team isn’t recommended if you don’t have the funds unless you will play lower-ranked tournaments so you can be seen by pro teams. A great tip for players that are trying to go pro is to make highlights of your players and open a YouTube channel.

Teams love when players are already well-known in the community and have some kind of reputation. More people believe in these players and they bring support to the team. You don’t even have to be the best player to make some great plays, just start recording your games.

Reaction-based games are “small” games that are usually played on a browser and require a lot of attention and fast reactions. They usually have only a few controls like jump, shoot and move to sides. They might not be interesting but it’s proven that they can improve your reaction time by 30%.

This is huge for new players that lack this skill which is usually the essential thing in competitive gaming. You would want to know how to type fast, click fast, and move faster than your opponent.

If you are tired of playing, the best way to keep learning and enhancing your skill is to watch pro players. There will always be a few that are streaming on platforms like Twitch. This shouldn’t be a problem if you play some of the top games that have a lot of viewers.

Some of them will make YouTube videos where they are explaining a certain play and why they did something. This is also valuable because you can find out their thought process. It would be even better if you could play a few games with them.

Console games have become more attractive among young people over the years. We love to be in fantasy; thus, the fantasy world is considered...
Read more
GADGETS

Sony allows the PlayStation 4 to replace the hard drive with a larger model. We'll show you how to do it.Sony's PlayStation 4 is...
Read more