Continental: How Robots Should Revolutionize Logistics And Agriculture 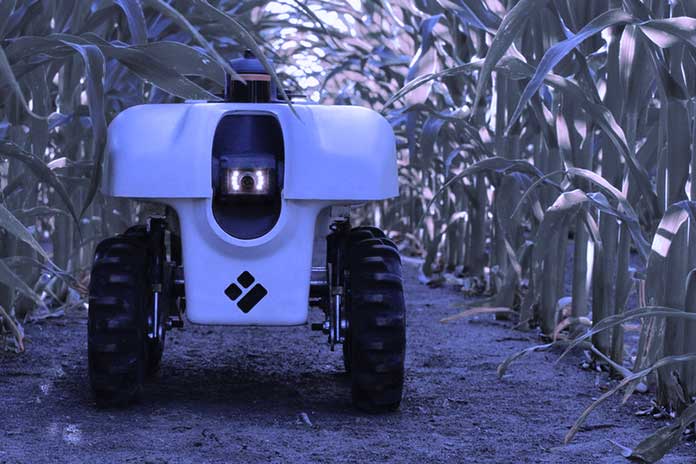 The ITS World Congress will take place in Hamburg from October 11th to 15th. The focus is on the mobility of tomorrow. Continental has several robot vehicles in its luggage, which the company presents on the international industry platform. This includes intelligent transport systems that travel autonomously.

They are called Corriere, Contadino and Intralogistics. All three move entirely autonomously. Behind it are intelligent robots, so-called AMR vehicles (Autonomous Mobile Robots). Continental showed the prototypes at the ITS World Congress. Corriere is a small delivery robot that can move groceries or packages around cities. Contadino supports agriculture because it can sow, plant, and fertilize independently. The intralogistics robot was developed to relieve the people who work there in production plants or logistics centers.

“With its appearance at the FIRST Congress, Continental is showing that intelligent mobility doesn’t just mean transporting people from A to B,”. “Innovative mobility also means meeting the challenges of higher logistics volumes, implementing sustainable ideas for transporting and distributing goods, and offering intelligent solutions that support the resource-saving production of food in agriculture. Robotics applications are an ideal addition to existing structures for all of these areas. “The autonomous robot Corriere as a supplement in urban space

The Corriere weighs 40 kilograms and is around 30 centimeters high. It is currently being tested in Singapore. Every day he supplies employees at a Continental location with warm food prepared in a restaurant in the city and loaded into the robotic vehicle. With this simple test, the company would like to gain experience that will considerably benefit subsequent series use.

Continental sees the Corriere’s particular strengths in the so-called last mile. Whether it is transporting food, delivering medication, or delivering parcels to people, a robot can quickly take over the last bit to the private customer in the future. The company aims to use such a robot to relieve inner-city traffic significantly.

The necessary technologies that the Corriere needs to be able to maneuver itself completely autonomously and self-sufficiently through road traffic have already proven themselves in auto-mobility. These are, for example, lidar sensors and cameras. In combination with self-learning software, the Corriere becomes an intelligent participant in road traffic.

It enables him to recognize pedestrians and in which direction they are moving, cross-traffic light crossings, and thus be inconspicuously integrated into the traffic flow. The advantage of the Corriere: Not only can it be used individually, but a swarm solution is also conceivable. After all, according to Continental, it is a valuable addition to central fleet management.

Farmers are constantly faced with the question: How do I work my soil most efficiently and gently? Because the more significant the device, the faster you can be finished, but heavy machines have a decisive disadvantage: They compact the soil. This extremely undesirable side effect can influence the quality of the earth and thus also minimize the yield. The small and agile Contadino is an autonomous addition.

According to Continental, the robot serves as a personal butler for every plant in the world. An innovative satellite communication system (Real Time Kinematics Global Networking Satellite System), which can be networked with weather apps, makes it possible to steer the autonomous robot to each plant with an accuracy of up to three centimeters. The Contadino uses information on the nature of the soil and the amount of precipitation to calculate the amount of fertilizer required for each plant. This ensures an increase in yield on the one hand and resource conservation on the other.

Autonomous Intralogistics Robot Works Behind The Scenes In Logistics

The autonomous intralogistics robot from Continental is robust and equipped with all kinds of technology. Its lidar sensors enable 360-degree coverage of the entire environment, 3D camera systems, intelligent software, and, optionally, an ultra-wide-band transmitter for precise live traffic should make the robot a valuable employee, according to the company. The built-in technology enables the robot to independently carry out transport orders, avoid obstacles, and calculate alternative routes.

Continental engineers originally developed this robot because they needed help to make the material flow and handling of heavy product components more efficient. “We have developed a tailor-made Robotica solution that has now been very successfully integrated into everyday production at Continental’s hydraulic braking systems plants in Slovakia and Changshu near Shanghai,”.