Home GADGETS Samsung Galaxy Z Comes To The New Generation Of "Folding" With The...
GADGETSREVIEWS 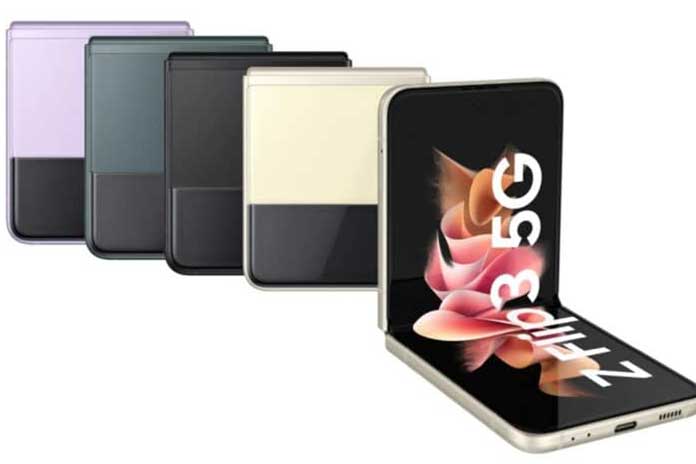 The third generation of foldables for Samsung. The protagonists of the Galaxy Unpacked event are the new Galaxy Z Fold 3 and Z Flip 3, which will arrive with Galaxy Watch 4 and Buds 2. Same design, lower price, and better material. The Koreans have corrected past mistakes and show that they strongly believe in “folding”; indeed, they are perhaps the only manufacturers to invest in these models.

So much so that the Galaxy Fold 3, the managers say, represents the evolution of the Samsung Galaxy Note and is thus a candidate to replace the most critically successful smartphone of the Seoul house. Therefore, the operation is delicate and courageous and demonstrates how this generation of leaflets is ready for a broader market than the usual high-spending early adopters. The price will be one of the main levers, if not the main one, to estimate this generation’s success.

How Are The Two Leaflets Made?

On the design front, the direction is what we know. As widely anticipated by the numerous rumors that accompanied this event, the aesthetic differences are minimal. The choice was to put their hand to the materials and solve some errors of the previous generation. For example, the aluminum alloy is better, as is the flexible glass that had given many problems at the beginning. Z Fold3 and Z Flip3 h also passed a quality test, certified by Bureau Veritas, which guarantees resistance to 200,000 closures.

Then there is the IPX8 certification: there is protection (which was not there before) for water even if there is no protection for dust. For a foldable phone, it is the step forward that everyone expected. Another important novelty is the support for the S Pen stylus, which, as usual, looks like the best: more fluid and with a latency reduced by 40%. So the stylus is there, but you won’t find a slot in the smartphone.

What Are They Different From Others?

Samsung is the only manufacturer that has two foldables in its portfolio. Compared to the competition, they are one step, or rather two, forward. The Flip, folds on the short side. You can put it sitting on the desk, and it is well suited to create video content or improvise professional videoconferences. Therefore, the focus is at least in the communication they say from Samsung “on a young and female audience.”

There are many features for YouTubers and those who use live shows in a more or less professional way. The Fold, on the other hand, is the heir of the Note. Thanks to the stylus, large and gorgeous screen, all the productivity applications have made this smartphone the work tool for professionals and managers.

How The Galaxy Z Fold 3 Is Made

Let’s start with the display because that is the added value and innovation that other smartphones do not have. Internal 7.6-inch screen (2208 × 1768 pixels) and an external 6.2-inch screen (2260 × 832 pixels), Dynamic AMOLED 2X with 120 Hz refresh rate and protected by Gorilla Glass Victus. So we are in terms of specs on top of the range levels. The latest generation of the chip (Snapdragon 888), 12 GB of Ram, and three 12 Megapixel rear cameras, and a 4,400 mAh battery with fast and wireless charging. It will be available in three colors: Phantom Black, Phantom Green, and Phantom Silver.

How The Galaxy Z Flip 3 Is Made

6.7-inch internal display with 120 Hz refresh rate and 1.9-inch external display (512 × 260 pixels). We also have the Snapdragon 888 processor but 8 GB of Ram, two 12 Megapixel rear cameras, a 10-megapixel front camera, and a 3,300 mAh battery with fast and wireless charging. Given the young target, great emphasis was given during the presentation to the colors: the Flip will be available in four trendy colors (Cream, Green, Lavender, and Phantom Black) to which Gray, Pink shades are added exclusively on Samsung.com and White.

All confirmed with regards to earphones and watches. The Galaxy Buds 2 are available in four modern colors: Graphite, White, Olive, and Lavender. The new smartwatches are more beautiful. Onboard it will have Wear OS, with the One UI Watch graphic interface, Gorilla DX + glass by Corning, and resistance to immersion in water up to 5ATM.

Sky Glass has begun to show itself to the public with all its potential. Its most significant selling point? The software, of course. The...
Read more
GADGETS

If you are a fan of the Apple brand, you know that Apple manufactures perfect computers but only sometimes affordable for all wallets. Some...
Read more