Home GADGETS Sky Built Into The TV? It Is Possible, Thanks To Sky Glass
GADGETS 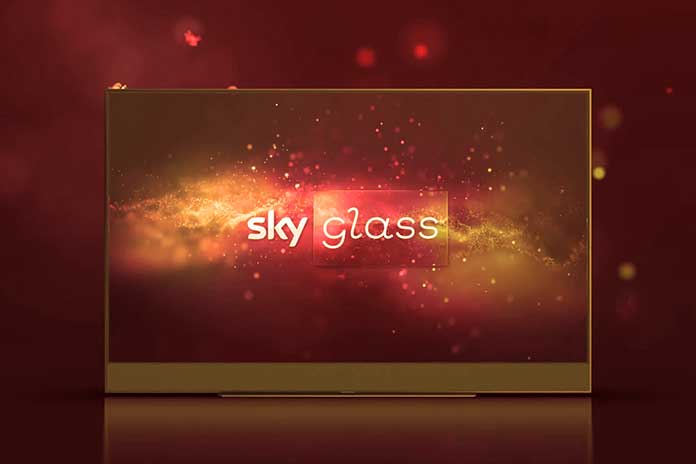 Sky Glass has begun to show itself to the public with all its potential. Its most significant selling point? The software, of course. The new Sky TV is now ready to land in our living rooms. We have already gone on to discover the Sky Glass range, made up of numerous devices divided by size and color, but with one point in common: fully integrated Sky, to merge TV with its content once and for all, to offer a viewing experience designed by Sky for its users for each programme, film or episode. In this new appointment, we will talk about this, that is, how it can improve home entertainment beyond the technical specifications with the best user experience that the English giant has ever offered for its devices.

The most loyal users will already know every secret of the Sky Q set-top-box, which in recent years has conquered our TVs by improving the experience its predecessors offer with a revolutionized interface, superior performance, 4K and digital support for the next-generation earthling. In light of the arrival on the market of Sky Glass with its integrated software, many may fear a new change, of course. Fortunately, the interface is very similar to that of Sky Q, partially borrowing the aesthetic code but further evolving based on the needs of a new context.

Since the software is integrated into the TV, for example, there will no longer be a need for wires and additional devices scattered around the living room; everything will be not only simpler but also tidier, without considering the reduction in consumption in the bill, one of the elements that make Sky Glass the first Carbon Neutral TV.

The Hub Of Home Entertainment

With the arrival of Sky TV, all entertainment will be enclosed in one place, including sound, thanks to a fantastic set of speakers designed to integrate Dolby Atmos on Sky Glass. Sound three-dimensionality, Quantum Dot screen and 4K HDR support: the nerve center of domestic life has a new protagonist, fully controllable via the now iconic Sky remote control, now backlit and also very colorful. We also talked about energy saving, but it’s not just a mere matter of devices: the Sky Glass software can recognize if we are present or absent, turning on or off automatically, and adjusting the brightness based on the ambient light.

Getting more to the heart of the system developed by Sky for Sky Glass, the software comes with a somewhat familiar interface: the aesthetic code of Sky Q is confirmed with some slight differences in such a way as to improve the approach and adapt it to a TV without completely distorting it. Now the TV Guide with linear channels is integrated into the Home. You will no longer need to access the side menu, as integration on a TV requires even more accessible and immediate access to traditional channels.

Browsing through content will be as simple as in the past, with many vertically navigable sections and horizontally explorable content. Of course, there’s no shortage of significant apps for streaming entertainment, including Disney+, Prime Video, DAZN, Netflix, and even the newest addition, RaiPlay. Connected devices, such as next-generation gaming consoles, will take their place in the same app section. Sky Glass is equipped with four HDMI ports, one of which is eARC, ready to transmit the content we need to the screen.

On Sky Glass, Sky entertainment doesn’t come on satellite. Also, remove this cable for an even simpler installation experience without the need for a satellite dish. The Sky Glass software is designed to obtain content directly from the internet, like the Sky Q offer without a satellite dish but with exclusive features. On Sky Glass, for example, there is no need for a remote control to turn on and control the TV: say ” Hello Sky ” to turn on Sky Glass and ask it to start our favorite film. Furthermore, Sky knows how complicated and confusing it can be for the user to manage many streaming services in one place. For this reason, the new interface will support the creation of Playlists whose contents (movies, series and even apps) can be added by simply pressing the “+” key.

Sky Glass has already arrived in stores: you can discover and touch it with your hand in all its diagonal cuts, i.e. 43, 55 and 65 inches, and five colors, i.e. Anthracite Black, Ocean Blue, Alpine Green, Champagne Pink and Ceramic White. Here too, the Restart function is inevitable: having found a program that interests us among the linear channels of Sky, it will be enough to confirm to have it start over from the beginning so as not to lose even a second. To save programs and review them later instead? No problem, because the cloud features of Sky Glass allow you to keep your favorite content on the network to be able to access it at any time without worrying about the GB of memory left on the decoder.

Also Read: How To Connect A iPhone To Your TV?

If you are a fan of the Apple brand, you know that Apple manufactures perfect computers but only sometimes affordable for all wallets. Some...
Read more
APPS