6 Reasons Why VPN Is A Must For Fire TV Sticks 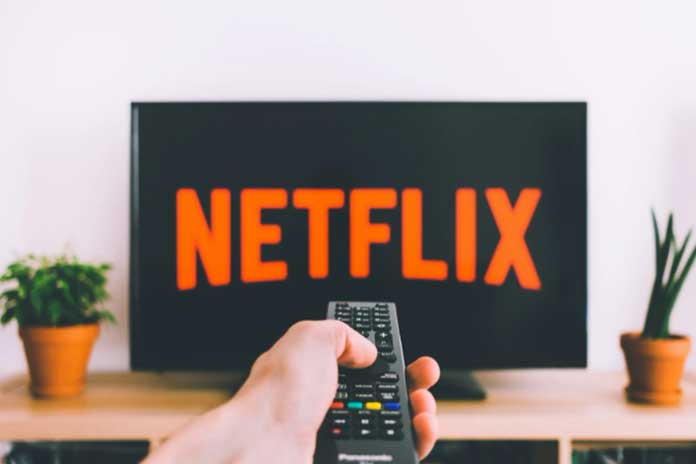 A Fire TV Stick is arguably one of the more sought-after streaming devices for most individuals in 2021, especially the ones who still own a non-Smart Television. But then, using a Fire TV device might require a certain level of expertise, provided you want to experience content other than that comes preloaded with the streamer.

If sideloading applications and services is a priority, a VPN is an absolutely essential resource to rely on, for most Fire TV Stick users. Although cutting the cord is a rewarding experience in itself, having a VPN helps you take better care of privacy and security, as Fire TV Stick content consumption requires you to rely extensively on the web.

Finally, every app isn’t as easy and productive to use and might require some modulation, before you can even consider downloading and installing the same. Also, Fire TV Stick is a portable device that you might want to carry along on trips and excursions, making VPN all the more important.

Regardless, we shall now take a closer look at the 6 most important reasons for pairing a VPN with any Fire TV streaming device, necessarily the resourceful, Fire TV Stick.

If you are a keen globetrotter, you would be able to relate better to this justification of getting a premium VPN. Amazon’s Fire TV Stick allows you to access media on the move. However, this exposition ceases to hold true if you end up taking work or leisure to certain countries that are more uptight regarding internet access.

It wouldn’t be wrong to say that Iran and China are two nations that offer restricted internet usage, with Firewalls being erected at select points. Plus, a majority of your online activities are open to monitoring, especially for snooping.

But then, you might have to experience a handful of restrictions regardless of the country you plan on visiting. For instance, accessing BBC shouldn’t be easy if you are planning to leave the UK for work. This is where a streaming virtual private network can come in handy.

A relevant VPN, compatible with the Fire TV Stick allows you to seamlessly access content that isn’t meant to be experienced at a particular location. The VPN redirects your request for traffic via a country-specific server, precisely by masking your original IP.

But then, for the Fire TV Stick, you would want to purchase a VPN with a decent server spread.

Despite the second reason bearing close resemblance to the first, you can still consider it as a separate requirement. While the first reason opens up access regardless of the region of access, a VPN can also help you bypass country-specific censorship.

For instance, if you want to visit a particular website that is restricted by the government of the said country, only a VPN can help you unblock the same. A VPN makes your IP look like that from a foreign location, which in turn allows you to bypass the country-specific rules.

The procedure, however, is easy to understand as the VPN assigns a virtual IP and pairs the same with high-end encryption protocols. Plus, the streaming traffic gets scrambled and rerouted via secure and unwitting lanes, which allows you to evade the authoritative watch dogs.

You certainly wouldn’t want cyber attackers to know about your surfing habits and history!

Plus, if you are into torrenting on the Fire TV Stick, you also need to be wary of the copyright agencies breathing down your neck. Also, what could you do if one of the peers is into law enforcement!

The answer to each one of the issues is a reliable VPN. This resource ensures that your downloading and streaming activities evade the prying eyes of the law enforcers and even cybercriminals. The VPN securely tunnels your online activities and readily encrypts the traffic requests, making the searches and online activities highly secure and private.

Reason 4: For using apps with ease

Have you ever tried installing resourceful third-party applications on your Fire TV Stick? If yes, you aren’t alone as Amazon allows you to sideload several streaming apps and resources for taking the content viewing experience to a whole new level.

However, to make way for the third-party streaming apps, you need to jailbreak the TV Stick. While it seems a pretty straightforward workaround and doesn’t even void the warranty, it does require you to follow certain guidelines. Most websites recommend using a VPN with jailbroken Firesticks as few side-loaded apps might have copyright policies associated with them.

Therefore, having a premium VPN not only unlocks geo-restricted streaming services but also ensures easy and seamless installation and usage of streaming apps.

Did you know that your ISP stealthily monitors your internet usage and can even throttle down your speeds in case you end up consuming way more than the allocated bandwidth? Seems unscrupulous, right! But changing the ISP isn’t a frugal or plausible solution.

Instead, you are advised to invest in a good VPN that can readily mask your high-bandwidth traffic requests, thereby keeping you out of the prying eyes of the ISP. As ISPs are always on the lookout for streaming and even torrenting activities, you can use a VPN that reroutes the relevant requests via an encrypted channel whilst directing the usual traffic via the ISP-provided private network.

Throttling, in any form, hinders streaming and the only way out is to use a reliable VPN. Without a VP, lagging and excessive buffering become common as the ISP can readily view your internet usage habits and take precautions, accordingly.

Reason 6: For keeping Cybercriminals at bay

Do you know, Shadow IoT and Botnet attacks are quite common if you aren’t wary of the security safeguards related to the home and office IoT devices? While we did talk about securing the Firestick traffic to avoid snooping and sniffing, a VPN can also help keep the network in good health, precisely to secure the traffic if you are streaming and downloading content over an unsecured hotel network.

As the IP addresses are masked, advertising, hacking, and even government tracking are discouraged. But then, for this to work perfectly, you would want to invest in a VPN with a dedicated kill switch.

For streaming-intensive resources like Fire TV Stick, a VPN isn’t just important but even indispensable. While you can always think of other reasons to get hold of the premium one, we would always recommend a detailed analysis of the prospective options before taking a call.

Needless to say, it is always good to have an idea of the server spread, number of simultaneous connections, encryption protocols, and availability of additional attributes like split tunneling and kill switch before proceeding.