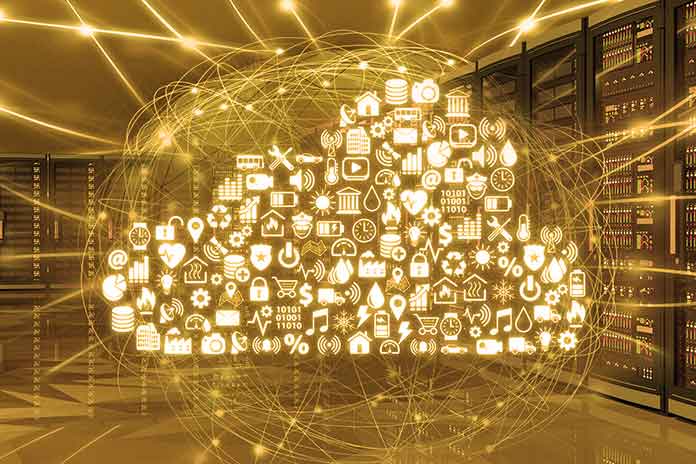 How to choose the most suitable cloud service to develop your projects online: a guide to Cloud Pro, Cloud Smart. To start a project on the network, it is now possible to choose between various types of cloud services. Hardware-related issues are a thing of the past when looking at a cloud service. And this regardless of the project to be managed: setting up an eCommerce platform, a system for storing and sharing data, a reliable and private solution for video conferencing, a VPN network, bringing a company management system to the network, optimizing a website.

With high traffic or characterized by highly variable performances over time. The cloud server can be thought of as a physical machine but becomes operational in minutes and allows you to instantly improve the hardware configuration when, for example, workloads and traffic are to increase. Aruba Cloud allows you to size the cloud servers according to the moment’s needs with the possibility of updating the settings in a few minutes when needed, ensuring complete continuity of the service with a few simple clicks from a convenient web interface.

Cloud servers rely on VMware vSphere and Microsoft Hyper-V technologies. In both cases, a fundamental component called the hypervisor, an intermediary between the physical hardware and the cloud server created in a virtual machine, takes care of creating and managing the assigned resources.

Services such as Aruba Cloud Pro allow you to set up from a simple server to a network infrastructure based on completely redundant hardware, high performance, guarantees reliability and flexibility. The approach used is of the IaaS ( Infrastructure as a service ) type which, as the name suggests, implies the provision by the provider of the tools to create an entire virtual infrastructure on the cloud without ever having to worry about intervening on the physical hardware.

You can start with a single cloud server and then, as business needs grow, scale-up by increasing, for example, the cores of the vCPU (virtual processor), RAM, and disk space, all with a few simple clicks. As you can see in the example in the figure, the Aruba Cloud Pro administration panel allows you to add or remove virtual CPUs, RAM, and storage (you can extend the space on the single virtual disk or connect others to the machine by clicking on Add HD ). Each Aruba Cloud Pro server can use up to a maximum of 3 network cards. It is possible to assign static public IP addresses (to make them directly accessible from the WAN network worldwide) or private IPs.

Private IPs are assignable by connecting the cloud server to a virtual switch. Using a single virtual switch, you can create a local LAN on the cloud and allow multiple servers to communicate with each other. In this way, it is possible to distribute the services on various servers and, for example, to face a virtual machine configured as a firewall on the Internet (WAN). By opening the incoming ports on the firewall, you can sort the traffic on the various virtual servers: you can configure the firewall to accept incoming connections only from specific public IP addresses and instead respond to all web connection requests via HTTP / HTTPS forwarding them to the webserver.

In the case of Aruba Cloud Pro servers, the machines are scalable both upwards and downwards. The machine resources assigned to each virtual system can be expanded or reduced by acting on the administration panel. The provider only charges each resource’s hourly consumption, which is always known before the virtual server is created.

The Aruba Cloud Smart servers (also called Cloud VPS ) are a more economical solution than a monthly fixed investment including the provision of a virtual machine configured according to “cuts” clearly defined and not user-customizable. With just 2.79 euros per month, you can create a Linux cloud server with a vCPU, 1 GB of RAM, and 20 GB of SSD storage to get to the most generous configuration involving four vCPUs, 8 GB of RAM, and 160 GB of SSD.

While in the case of the Cloud Pro servers, the network traffic is unlimited, for the Cloud Smart offers, it starts from 2 TB / month to reach 25 TB / month. With a few exceptions, these are “cuts” that meet the vast majority of needs. However, it should be borne in mind that while Cloud Pro servers can be scaled upwards but also downwards (for example, when workloads and traffic are reduced), Cloud Smart virtual machines can only be made to “grow” (yes, it can pass from more modest configurations to more advanced plans, not the other way around).

While Cloud Pro servers can be connected to virtual switches, Cloud Smart “have a life of their own”: they use a single network interface to which a static public IP is automatically assigned.

Using the firewall integrated into the operating system, be it Linux or Windows Server, it will be necessary to only allow access from the Internet on specific ports, blocking the others.

On CentOS, you can configure FirewallD, while on Windows Server, type Windows Firewall in the search box. Both Cloud Pro and Cloud Smart servers can be managed via SSH or Remote Desktop (RDP), depending on whether you install a Linux or Windows Server system.

If you were to make mistakes and will “remain locked out” (it can happen if you were not used to administering remote servers …) no longer able to connect via SSH or RDP, access the Aruba Cloud panel, click on the button Manage at of the server name then on Login console and finally on Login to console at the bottom. An emergency administration interface will open, showing exactly how much you would get by connecting via SSH or RDP. For example, from the console, you can review the firewall configuration and restore access.

In case of need, always from the Manage section of the Aruba Cloud administration panel, you can force the restart or shutdown of the server. Both in the case of Cloud Pro servers and Cloud Smart machines, it is possible to click, during the creation phase, on Choose template: you can thus use a template pre-packaged by the Aruba Cloud technicians by opting for the automatic loading of an operating system ready for use, be it Linux or Windows Server. The configuration is usually of the standard type to allow the user to customize it as he sees fit.

However, the cloud server will be immediately functional and operational once the machine is started. Only in the case of Cloud Pro servers can you click on the Activate FTP import button and then on Connect disk to use the image of your operating system without resorting to those offered for free by Aruba Cloud. The procedure is effortless: click on FTP service management in the left column and connect with an FTP client using the address and authentication data provided.

By uploading files in.VMDK.VHDX or.VHD format, it is possible to make the cloud server use the image of another machine created previously. By clicking on Enable FTP import, then specifying the size of the first disk without indicating any.VMDK, VHDX, or.VHD image, Aruba Cloud will create a server without any operating system. Once the cloud server has been created, you can use the Manage button and click Upload in the Virtual CD / DVD Player section to specify the ISO file to be used to boot the virtual machine.

The solutions presented are all extraordinarily valid and must be chosen based on one’s skills, reflecting on the type of services that one wishes to offer. If you were used to manually configuring your servers, Aruba Cloud Pro and Cloud Smart represent the ideal solution because they allow you to keep track of every machine with the possibility of creating even very complex virtual data centers.

Introduction An IT strategy is a detailed document that elaborates a company’s vision and strategic planning for IT. It generally includes budgeting, strategy documents, and...
Read more
SOFTWARE

Windows 11 Home powers you to interface with Microsoft's administrations during the establishment, yet consider the possibility that the Internet isn't working. This is...
Read more
TECHNOLOGY

Introduction An IT strategy is a detailed document that elaborates a company’s vision and strategic planning for IT. It generally includes budgeting, strategy documents, and...
Read more

Windows 11 Home powers you to interface with Microsoft's administrations during the establishment, yet consider the possibility that the Internet isn't working. This is...
Read more

How to choose the most suitable cloud service to develop your projects online: a guide to Cloud Pro, Cloud Smart. To start a project...
Read more

The Sales And Marketing Channels For Your Ecommerce

Many operating systems, so-called distributions, are based on the Linux kernel. Its distribution versions differ in the kernel version and the user interface. Above...
Read more

A company is about to implement a use case in the data science area. Now nothing stands in the way of a data-driven business....
Read more
Load more