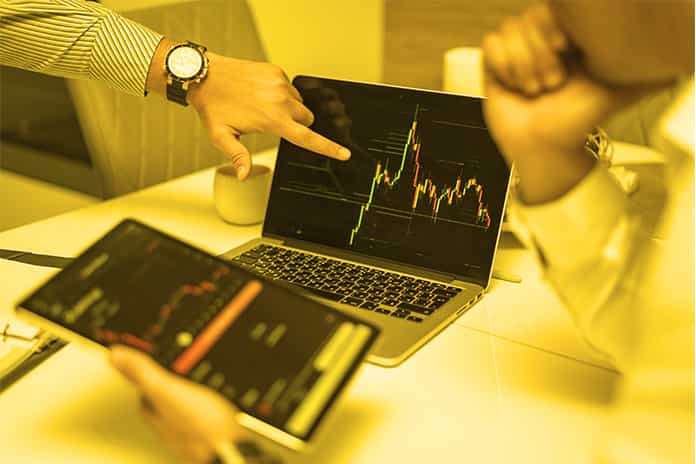 There’s always a new and exciting way of making money in today’s market. However, the majority of people don’t take it seriously until it gets big. Remember the time when everyone could mine bitcoin? Those who mined bitcoin made a fortune.

Having a bitcoin in your portfolio will not only help in diversifying it, but you can grab a massive profit from bitcoin. If you don’t know how to buy bitcoin in India, there are market places like Vertex Market that can make this possible very easily.

We won’t claim Bitcoin is risk-free. Like every other investment option, bitcoin has its elements of risk. You should only invest the money you can afford to lose. With that said, you can dramatically reduce your risk of losses if you study and conduct research before investing. Once you grab enough, you can sell bitcoin for USD if that’s what you prefer. You can even get BTC to INR in a moment’s time.

When people thought there’s nothing more to Bitcoin, it has yet again exceeded expectations. The growth of Bitcoin is unbelievable, and it has increased its value by over 180% in 2020. The point to note is that 2020 was the year of the global pandemic.

For the first time, Bitcoin’s value has touched $20,000. Currently, a single bitcoin has a price of a whopping $23,925. With that said, we can still expect it to increase at a decent rate. Below is an image I extracted from the website coindesk.com. 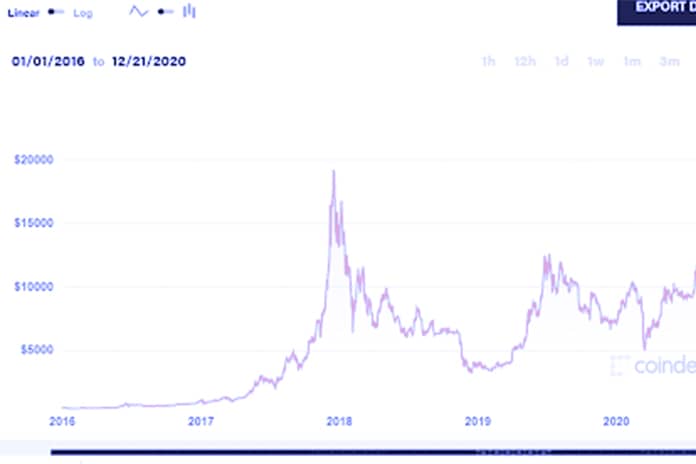 At first, we can take a look at the popularity of cryptocurrencies among normal individuals. The global acceptance of Bitcoin is increasing at a rapid rate. According to the report, the number of Bitcoin users who own wallets have risen from 42 million to over 62 million in 2020.

Moreover, the number of people buying Bitcoin via a cash app is also growing at a tremendous rate. The cash app’s gross profit was around $32 million, which was over a 1000% increase in comparison to the last year.

What am I trying to say? When a concept gets the attention of more and more people and is backed by giant corporations, we can say that thing is here to stay in the future.

The rule of demand and supply affects commodities, but it also impacts the value of cryptocurrency. Unlike in the past, we can’t imagine mining bitcoin with a standard computer. Moreover, it’s even challenging to mine bitcoin with a sophisticated system, far more powerful than your regular computers.

You would need to invest in an expensive infrastructure to mine bitcoin, which is impossible for an average Joe. It means that many of you can only afford to buy it from the crypto market for trading. The preference for bitcoin by a considerable number of people and corporations will only lead to an increment in bitcoin demand.

With the rise in bitcoin demand, one can only expect it to rise in value further.

The Value Proposition Is Suited To The Macroeconomy

The birth of bitcoin happened after the 2009 global crisis when the bank backup crisis took place. Moreover, the covid-19 is also a type of event that boosts bitcoin’s preference, as any government banks don’t back it up.

Back in the old days, the government used to keep gold as a reserve to print notes. It’s called the fiat system. Now, a nation is free to publish its currency. A bad implementation of policy can lead to crises like in Venezuela or Zimbabwe.

The government controls the central banks. With bitcoin, it’s decentralized, which means it can be a great alternative way to preserve your wealth.

Wall Street no longer only keeps track of stocks. It has now started to notice a sharp rise in the value of cryptocurrency. Currently, it’s keeping a close eye on the performance of Bitcoin. If you want to read the full news, here’s the link to know what Wall Street says about the surge of Bitcoin.

Bitcoin has been one of the best-performing assets in recent times after surpassing its past highs. Once, bitcoin was losing a bit of momentum, but it has come back sharply. Once Wall street tracks Bitcoin, you can expect considerable investors to enter the crypto market.

If you research Bitcoin, you can gain a massive percentage of profit from your investment. However, it would be best if you did not take it as a gamble.

Every smart investor wants to invest in options where there’s a higher chance of gaining profit. It’s impossible to avoid risk altogether. With bitcoin, you can see that it’s still growing in value. Moreover, giant corporations are starting to give more acceptance to bitcoin, as they can see its future.

When the demand for something increases, you can expect its value to surge as well. If you find our arguments convincing, you can add bitcoin to your portfolio. With that said, it’s vital to do your research before making any financial decisions.